INDIANAPOLIS – Nine winners – just one shy of the event record – are among the field of drivers assigned to 35 cars entered for the 105th Indianapolis 500 presented by Gainbridge on Sunday, May 30 at Indianapolis Motor Speedway.

Castroneves will bid to become the fourth member of the elite four-time winner’s club featuring A.J. Foyt, Al Unser and Rick Mears. Sato, 44, will try to become the first repeat winner since Castroneves in 2001-02 and the first driver ever to win the world’s most prestigious auto race three times after age 40.

2010 Indianapolis 500 Rookie of the Year Simona De Silvestro returns to the race for the first time since 2015, attempting to make her sixth start in “The Greatest Spectacle in Racing.”

Andretti Autosport has entered six cars, the most of any team.

Practice opens Tuesday, May 18 and runs through Friday, May 21. Crown Royal Armed Forces Qualifying is scheduled for Saturday, May 22 and Sunday, May 23. The traditional final practice, two hours again this year on Miller Lite Carb Day, will be held Friday, May 28. 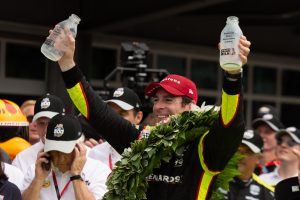 Indianapolis, IN – Simon Pagenaud started on the pole and made a pass with one lap to go on Alexander Rossi to claim his first 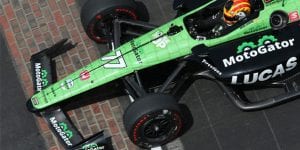 INDIANAPOLIS, Thursday, May 23, 2019 – MotoGator™, an exciting new automotive products brand launching this year during the Indianapolis 500 presented by Gainbridge, has reached

Indianapolis, IN — The wait is over for Will Power, who after 11 tries, was finally able to pull his car into victory lane on