It was a very eventful first quarter in which Georgia Tech would start the game on offense. They would immediately try and establish their run game. Their first possession would end with an immediate three and out. Clemson Tigers offense would come out firing with a series of passes moving the chains down field. Their drive would end with a fumble and the Yellow Jackets recover. The Georgia Tech offense could not capitalize.

Trevor Lawrence would continue to test the Yellow Jackets secondary. Lawrence would find Amari Rogers for the 21-yard touchdown pass putting Clemson up by seven.

The Yellow Jackets offense would answer with Jeff Sims connecting with Jalen Camp on a 59-yard touchdown pass. The score was then tied seven-all. Clemson refused to be out done and immediately hit back, Lawrence again passes to Rogers and he carries the ball 85 yards for the score. Clemson went up by seven.

The Georgia Tech offense would immediately turn the ball over with a Sims fumble recovered by the Tigers. Clemson capitalized with a 30-yard field goal by Potter. Georgia Tech’s secondary would wake towards the end of the first quarter, as Zamari Walton would intercept Lawrence’s 47-yard pass.

Clemson offense-maintained confidence in their passing attack as they scored on the first possession in the second quarter, Lawrence found Davis Allen for a 34-yard touchdown pass. Midway through the second quarter the Yellow Jackets offense struggled to find an answer as the Clemson’s defense held strong.

The Tigers offense continued the attack, Nyles Pinckney would score a one-yard rushing touchdown to further advance Clemson’s lead. The Tiger’s defense managed to contain Jeff Sims and shut down Georgia Tech’s passing attack. Tigers would score yet another touchdown with a little over three minutes left in the first half. Trevor Lawrence completes an eight-yard touchdown pass to Frank Ladson.

Clemson’s defense continued to apply pressure to Jeff Sims, as threw an interception which led to a three-yard rushing touchdown by Travis Etienne. With 16 seconds left in the game, Clemson would advance their lead with yet another Lawrence touchdown pass to Amari Rogers for 16 yards. The Tigers would end the half with 52 points and Georgia Tech seven.

The Georgia Tech offense started to find some success in their running attack, yet that success was short-lived. Clemson would take out Trevor Lawrence and put in second-team quarterback Taisun Phommachanh to lead the offense. Georgia Tech offense would have continued struggles with a fumble recovered by the Tigers which then led to a rushing touchdown by Chez Mellusi.

The third quarter was scoreless for the Yellow Jackets, as they could not find an answer. Clemson’s offense not as aggressive in their attack, as it appeared that the second-team offense played conservatively to control the game clock.

The Tigers offense would maintain possession into the fourth quarter. Clemson again makes more personnel changes to the offense. Their offense continued to move the chains and add points on the scoreboard, as Hunter Helms finds Kobe Pace on a shovel pass for the score.

Georgia Tech also made personnel changes; Jeff Sims was replaced by Jordan Yates. The offense continued to face struggles of moving the football and creating a scoring drive. Clemson would generate another scoring drive with seven minutes and 41 seconds left in the fourth quarter, Helms completes a 35-yard touchdown pass to Ajou Ajou. The game final Clemson 73 and Georgia Tech seven.

Georgia Tech will go on the road to face Boston College, currently with three wins and one loss. Undefeated Clemson will go back home to face Syracuse. 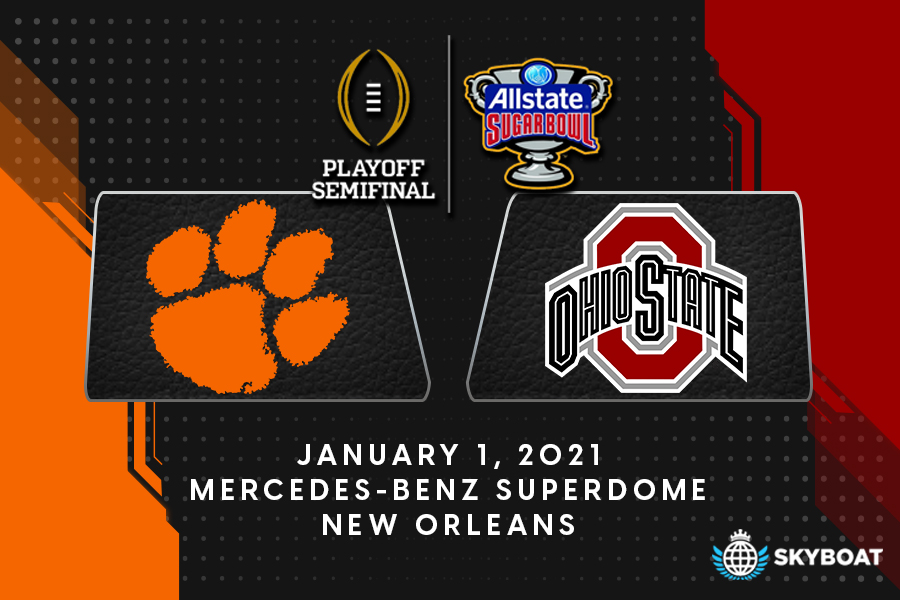 Revenge has never tasted so sweet! At least that’s what the players of the No. 3 ranked Ohio State Buckeyes are saying this morning after

Both Clemson (10-1) and Ohio State (6-0) are enjoying the “sweet” taste of success today, as both teams were selected to compete in this years 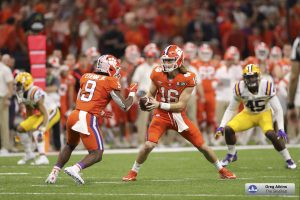 The Tigers dominated Virginia Tech in a 45-10 routing win to secure a sixth-straight appearance in the ACC Championship Game. Led by projected first-round pick