HOUSTON – In a rubber matchup, it’s always good to go out on top, especially with the regular season halfway over. The Houston Astros are looking to continue their run of winning with their fifth AL West Division title in six years. For the Oakland Athletics, they are in rebuilding mode after trading several key players. The Astros are currently 59-31 (.656) record which is the second-best winning percentage before the All-Star break in franchise history.

Before the game started, two special guests were in the building to throw out the first pitch: former Manchester City soccer players Joleon Lescott and Pablo Javier Zabaleta Girod. The players were in town to promote the Manchester City vs. Club America game at NRG Stadium on July 20. It’s the first international friendly game for Manchester City in over two years due to the pandemic.

Astros right-hander Jake Ordorizzi makes his second start against the A’s since he helped the team defeat them 6-1 in Oakland on July 10. A’s right-hander Adam Oliver is looking to give Oakland its first series win since playing the Kansas City Royals during final weekend of June. In the bottom of first, the Astros got on board when Kyle Tucker homered to right field (413ft), 1-0. Ordorizzi looked sharp in the first five innings by only giving up two hits and hitting one batter.

In the bottom of the fifth, Astros still led 1-0, Jose Altuve reached on an infield single to short, and then Jeremy Pena homered off Oller to left field (380ft) to extend the lead for the Astros 3-0. Pena went to 2 for 4 today and with his two home runs ranks him second in home runs amongst AL rookies this year. All the momentum seemed to be going the Houston Astros’ way, but in the game of baseball, anything can happen.

In the next innings, the A’s responded in a big way, starting when Ramon Laureano homered to left center field (408ft) to put the Athletics on the board 1-3. Jake Ordorizzi tried to bounce back but could not as Sean Murphy would single to right. Seth Brown would reach first base on an infield single that was caused by a throwing error by Ordorizzi, who could not get a good hand on the ball. Murphy would advance to third on the error. Runners on first and third base with only one out, Astros Skipper Dusty Baker decided to end Jake Orodorizzi’s day and bring in reliever Ryan Stanek.

Stanek came in to stop the bleeding for the Astros as the A’s threatened to put more runs on the board. Chad Pinder doubled to center, Murphy scored, and Brown to third base. A’s Stephen Vogt hit a sacrifice fly ball to left to bring in Brown to tie the game at 3-3. Stanek would retire the next batter, and the Astros did not respond in the bottom of the sixth despite having runners on second and third.

The Oakland A’s had the momentum going their way now and would capitalize in the top of the eighth.  Astros reliever Rafael Montero who has been very good at not giving up many runs this season, retired the first two batters, but Chad Pinter would single to right and would make it to second on a wild pitch. Stephen Vogt, who was in an 0-15 slump, singled to right to bring Murphy and the A’s down three runs would take the lead 4-3 with an inning and a half to go in the game.

A’s relief pitchers Zack Jackson and Lou Trivino would come in the bottom eighth and ninth to finish the game. They would have a 1-2-3 inning and the Oakland Athletics won the rubber match against the Houston Astros by a score of 4-3.

Jake Ordorizzi allowed three runs on five hits with five strikeouts in 5.1 innings. A’s Adam Oller allowed three runs on six hits with one walk and three strikeouts in four innings. Moller Ryan Pressly struck out three in a scoreless inning, bringing him to 27 consecutive batters retired, tied for most by an Astros reliever in franchise history with Dave Guitsti (1965). A’s Chad Pinter went 3 for 4 with a double and RBI record a hit in his last 5 of 6 games. 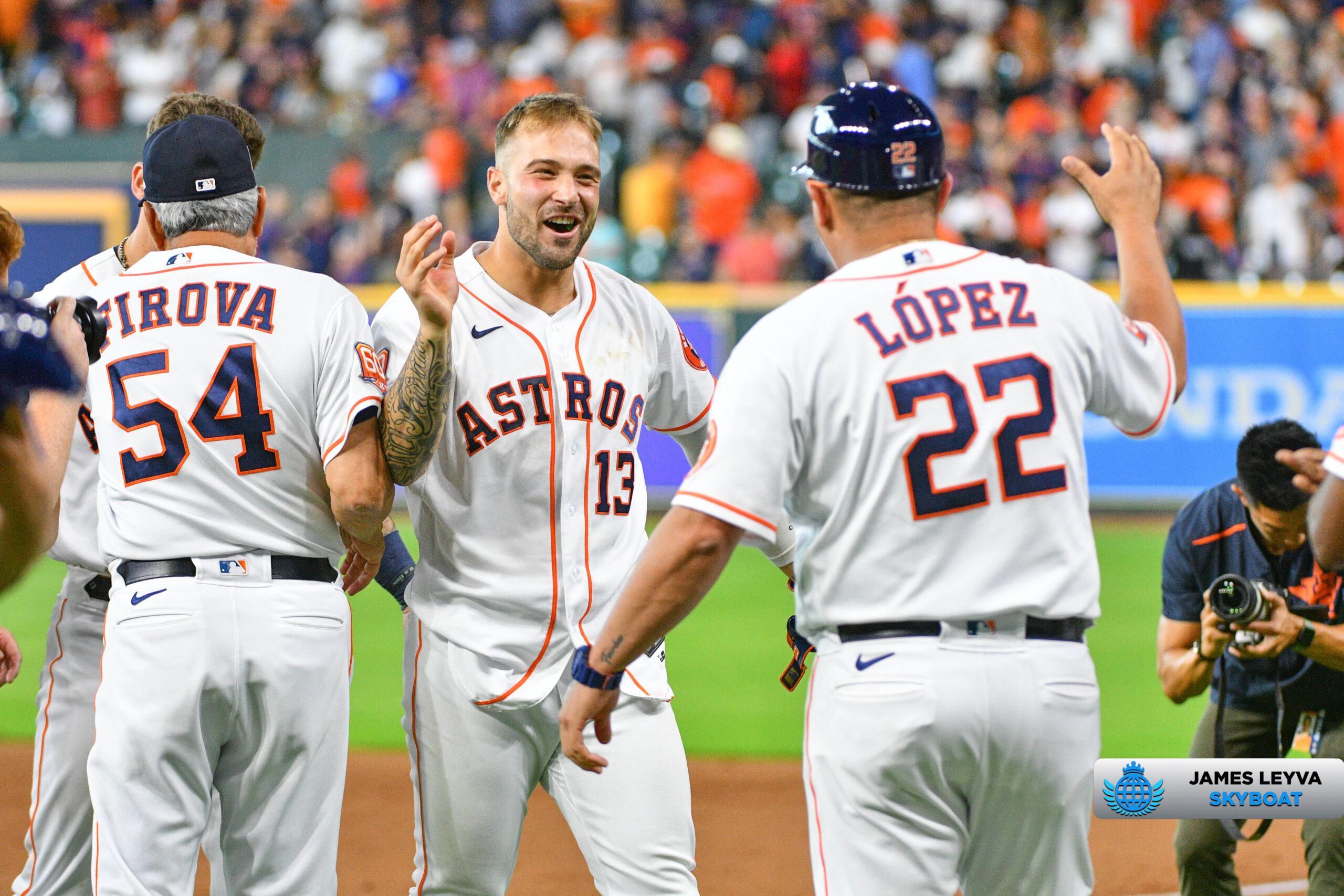 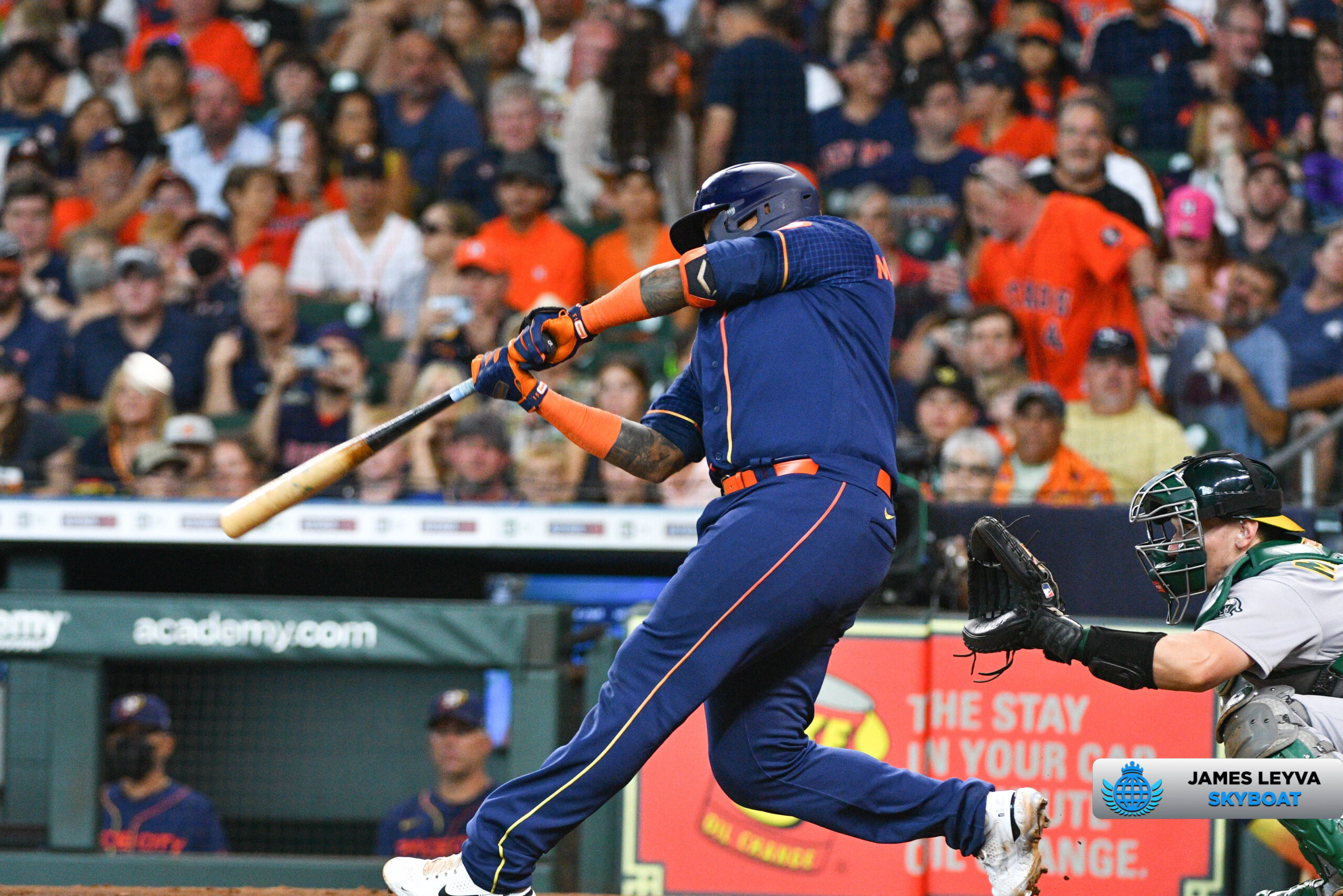 HOUSTON – In the game of baseball, every game is different and each win or loss counts. For the Houston Astros, losing last night to