Written by Robert Henry Pasadena, CA – Ohio State hosted Washington University in this year’s edition of the 105th Rose Bowl Game presented by Northwestern Mutual. The Washington Huskies are ecstatic to be in this legendary bowl game. Whereas Ohio State may not be as excited due to the fact that they almost made the […] 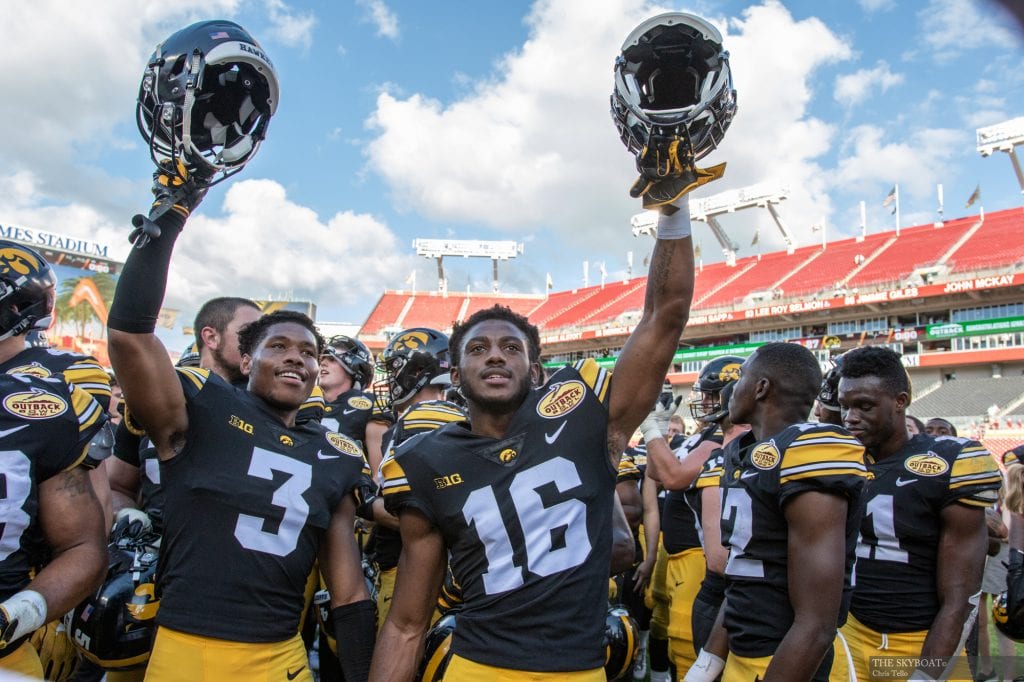 Written by Erik Slaby Tampa, FL – It started slow but then things got going in a hurry. On a sunny, gorgeous day in Tampa, in front of a crowd of 40,518 people at Raymond James Stadium, the Iowa Hawkeyes defeated the Mississippi State Bulldogs, 27-22 to win the Outback Bowl. With this victory, Iowa […]

Written by Ernie Casanova GLENDALE, AZ— For the second straight year, the UCF Knights have created much conversation when it comes to the CFP rankings and undefeated seasons. The Knights were once again left out of the College Football Playoff, although they went 12-0 but still gained the same amount respect, or lack thereof, in […]

Written by Michael Hull Orlando, FL – The Penn State Nittany Lions and the Kentucky Wildcats met in the 2019 Citrus Bowl in Orlando, FL. It was the first time the two teams had faced each other in 20 years, and was their sixth meeting all time. Kentucky was led to their most successful season […]

Written by Robert Henry Los Angeles, CA – On January 1st, 2019 the Ohio State Buckeyes will host the Washington Huskies at the 105th Rose Bowl Game Presented by Northwestern Mutual. The Rose Bowl is a huge bowl game for the PAC-12 and Big 10. Both Ohio State and Washington have battled their way through […]