INDIANAPOLIS – When Georgia head coach Kirby Smart and Alabama head coach Nick Saban met at midfield as the college football clock struck metaphorical (and actual) midnight, it was as equals.

The former apprentice became the master after his Bulldogs rolled the Tide 33-18 in the 2022 National Championship game. And the veteran ‘Bama coach could only watch as the second former assistant overpowered his team this year. Saban was undefeated against his prior pupils and is now 25-2 all-time.

But instead of being bitter about the defeat, the 70-year-old coach embraced Smart and praised his football prowess.

And by great job, he means kicking the Tide’s ass in the fourth quarter.

“They basically had two drives in the fourth quarter,” explained Saban. “They made a couple of explosive plays in one, which we don’t want to give up explosive plays. They got a pass interference. They hit a long pass on us. It was a free play for them. We jumped offsides. And when they got the ball the second time with a one-point lead and a chance for us to still be in the game, they just ran the ball and we didn’t stop them.

That’s what it was like to be out there. And we still had an opportunity when it was 26-18, when we’re going two-minute down the field to score a touchdown and go for two and tie the game and have a chance in overtime. And we threw a pick-6.”

The interception that sealed Alabama’s fate was only Bryce Young’s fourth of the season, his second of the game. The normally careful quarterback struggled with Georgia’s aggressive blitzes and athletic pass rush while also battling internal issues – the loss of his top receiver Jameson Williams in the first half and a slew of dropped passes by other receivers late in the game.

“We wanted to affect Bryce, and we felt like if we could get off the field on third down, we’d be fresher and we’d have a chance to rush better,” said Smart of Georgia’s plan to rattle Bama’s offensive cage. “I thought Coach Lanning, Tray Scott, and Schumann did a tremendous job putting the plan together, but the players carried it out. We really focused on playing man-to-man and doing it better than they did it. It was no scheme trick or anything else. These guys bought into that.”

And while the post-game narrative has been focused largely on Stetson Bennett and his journey, his resilience and his quarterback-next-door likeability, even the former walk-on acknowledged that defense definitely wins championships.

“Well, I mean, first of all, it was the defense who kept us in this game,” clarified Bennett. “While we were stumbling over our own feet the entire first half and then starting out in the second half. They won this game for us. We executed a few drives. We could have done so much better. But we got the job done whenever we needed to.”

To be fair, the Crimson Tide sacked Bennett four times, twice by Dallas Turner and twice by Christian Harris. But Bama’s 50 total team tackles and two pass breakups paled in comparison to Georgia’s 69 and eight, respectively.

It may have appeared like the passing game carried Georgia across the finish line, but it was actually the run game, specifically Zamir White, that made a world of difference in the second half.

“I feel like we just stayed to grinding…and just trusted the process and just knew that we were just going to do what we do best and just come back from it and just keep on fighting,” said White of the comeback win. “That’s it.”

The junior running back finished with 13 carries for 84 yards and one touchdown, averaging 6.5 yards per carry.

In true tailback fashion, when all the confetti cleared, he didn’t remember the carries only the look on his quarterback face.

“The one thing that stood out to me was Stetson,” admitted White. “Just seeing him like just have all this pressure on him, all the crowd noise and him going through that and fighting it out and just seeing him just cry, just tears of joy, man. It was really priceless, man, like just seeing him and just seeing all of my teammates just happy and crying. Yeah, like it was all great. I loved it.”

Georgia fans celebrated the win like there was no tomorrow, which when it comes to championship games, there isn’t. The streets burned from Athens to Indy and the whiskey flowed freely, like a classic Quavo verse.

But the fact remains – there is no Georgia national championship without Nick Saban.  For Saban, 40 years is merely a lifetime but for Georgia fans, 40 years has been an eternity. 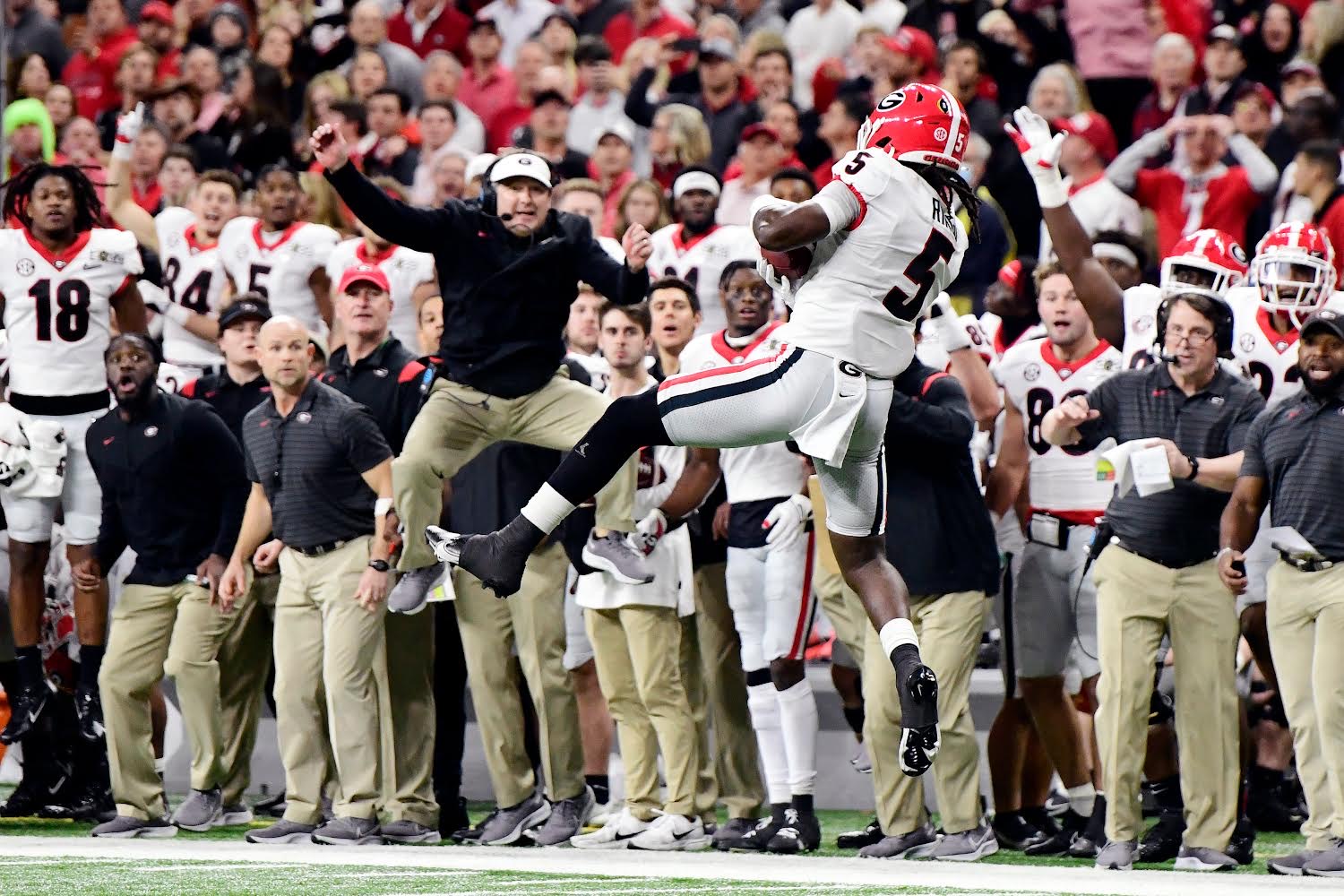 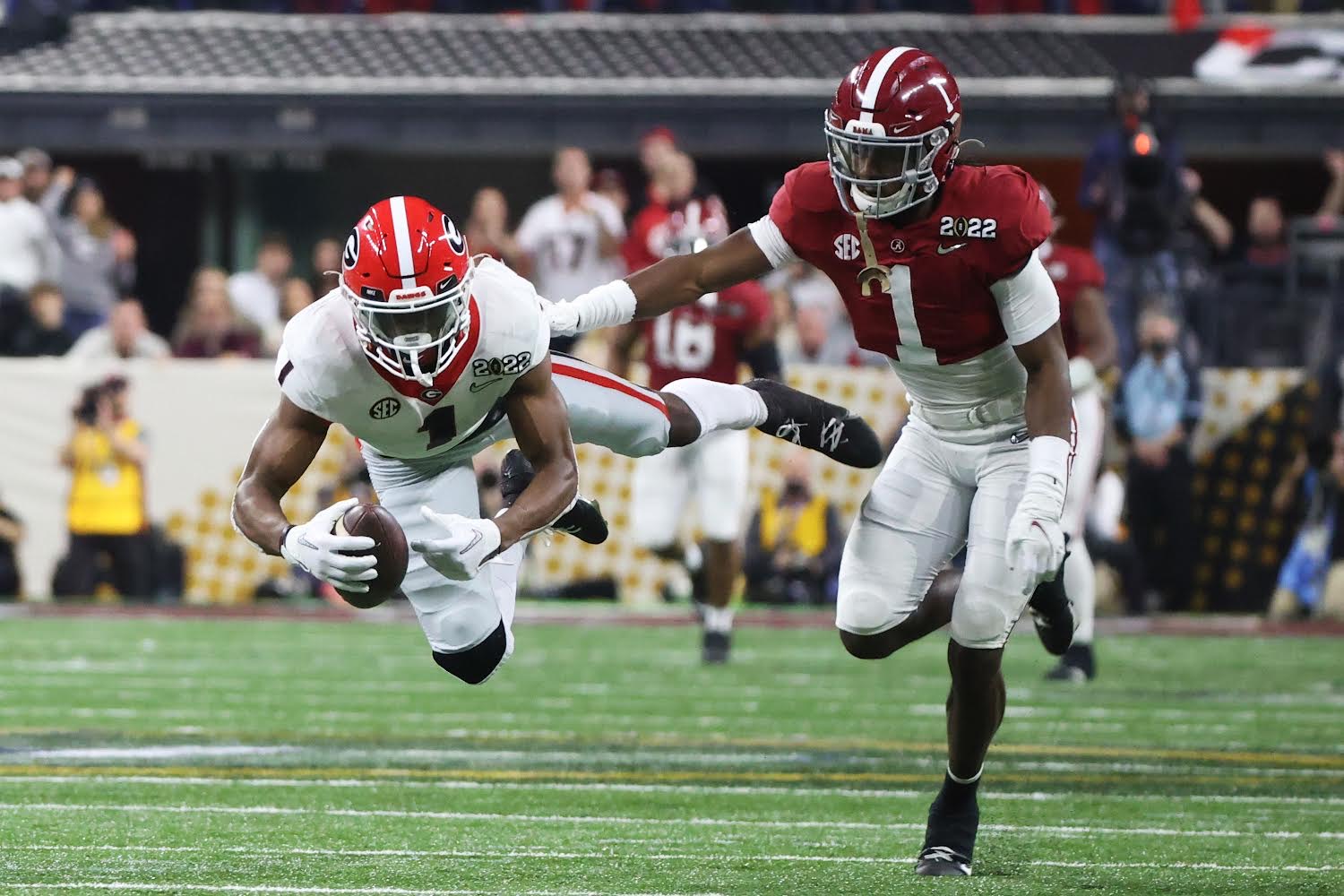 Alabama took a 9-6 lead into the halftime locker room in Indianapolis during the 2022 College Football Playoff National Championship Game. Alabama received the opening 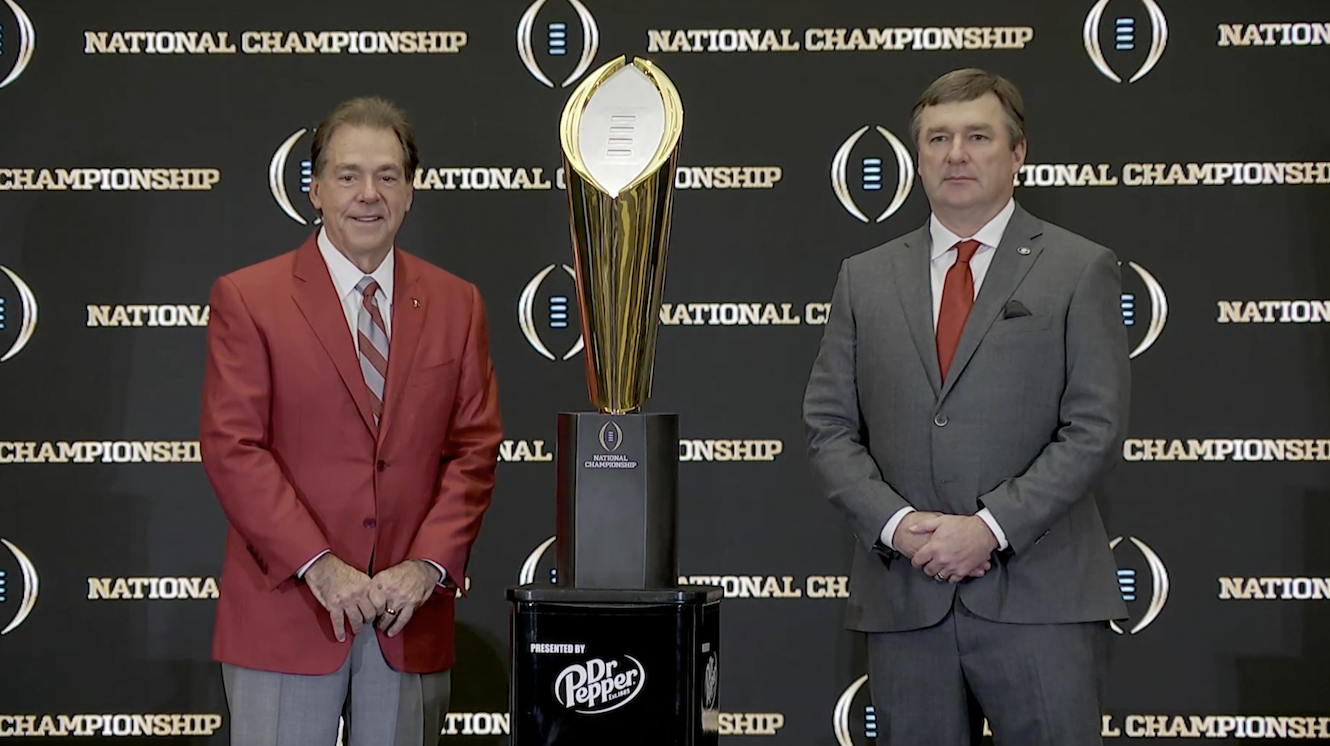