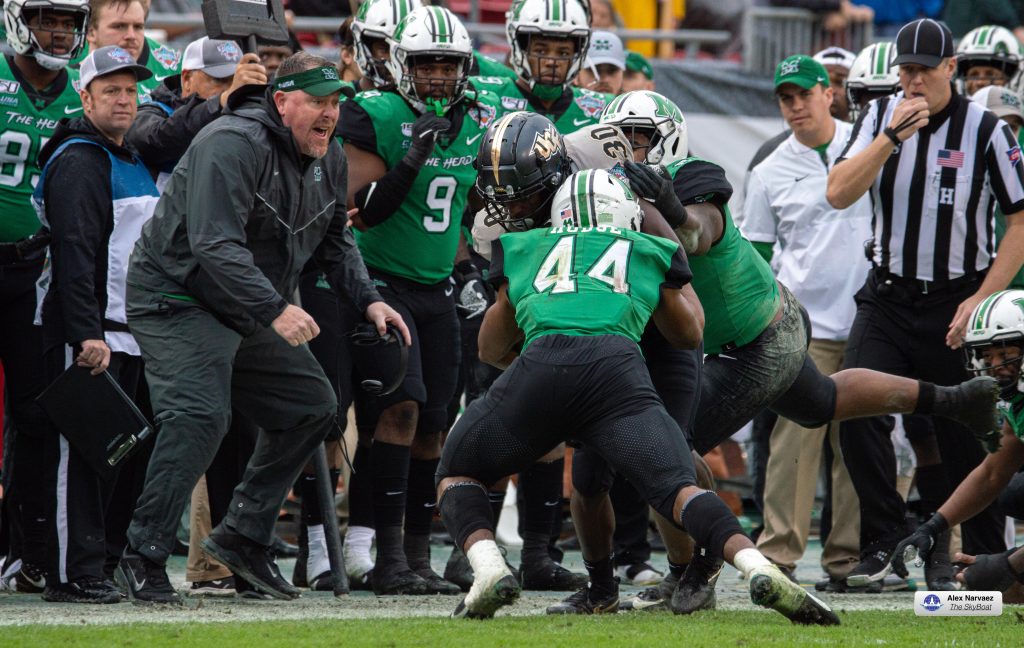 Marshall running back Brenden Knox turned 22 today and his Thundering Herd teammates forgot to bring the matches for the candles on his cake.

It’s ok though because Knox brought his own fire, burning holes through the Western Kentucky offensive line from the opening whistle and leading his team to a 38-14 victory Saturday night over the rival Hilltoppers.

Knox kicked things off with a 45-yard rushing touchdown just 38 seconds into the game, giving Marshall the earliest of leads. He fanned the flames with back-to-back touchdowns in the second quarter, putting the Herd up 28-0 at the half.

“That’s who he is – you know what you are going to get out of him every week,” said head coach Doc Holliday of Knox. “But I thought Sheldon Evans gave us a boost tonight as well. They are a good one-two punch right now.”

This year’s rivalry was light on the bitter and heavy on the Herd as Western Kentucky struggled all night to find any sort of rhythm. Perhaps Marshall’s suffocating and disruptive defense was the problem – the Hilltoppers only managed 15 first downs and converted on just two of their 12 third downs. Derrek Pitts, Nazeeh Johnson, and Eli Neal all finished with five total tackles for the Herd.

“I thought our kids really tackled well, we didn’t miss a whole lot of tackles in space,” said Holliday.

Starting quarterback Tyrrell Pigrome was benched midway through the third quarter after fumbling the ball three times – he finished the night 12-of-21 for 61 yards. Pigrome was replaced by redshirt sophomore quarterback Kevaris Thomas, who managed to breathe a little bit of life back into Western Kentucky’s offense with a 2-yard rushing touchdown as the third quarter came to an end. Thomas finished 9-18 for 148 yards and one touchdown.

All three fumbles were recovered by linebacker Tavante Beckett and the redshirt senior even took one back 38-yards for a touchdown in the third. Beckett also recorded two tackles.

“I didn’t really get as many tackles today, but my teammates made plays,” said Beckett. “I’m just grateful that I have great teammates that go and get the ball out and I just have to fall on it.”

“Grant took care of the ball, he was plus-three in turnover margin for us,” praised Holliday. “For a young quarterback, he plays with a lot of poise. He just keeps getting better and better.”

The real work was in the trenches, where solid offensive line play helped Knox rush for his 12th career 100-yard rushing game – he finished with 15 carries for 107 yards and three touchdowns. Evans added 14 carries for 64 yards and a touchdown of his own, a 5-yard scamper in the first quarter. Sophomore Broc Thompson led the receiving corps with four catches for 94 yards.

Beckett summed up the game with one wise observation: “Not a lot of people have a Brenden Knox in the backfield.” 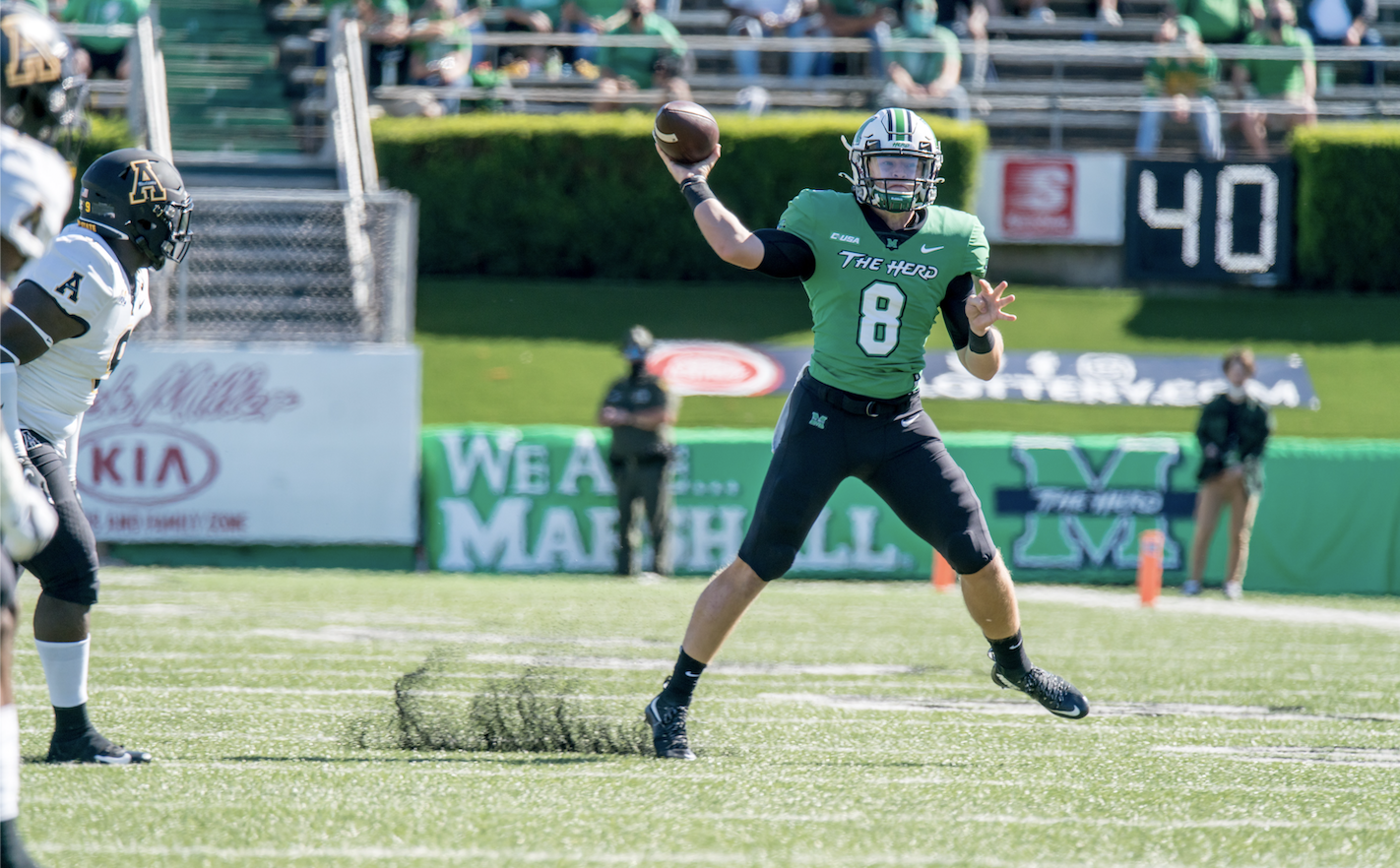 HUNTINGTON, WV –  They say when you hear hoofbeats, think horses, not zebras.   Unless you are Appalachian State quarterback Zac Thomas, then you should 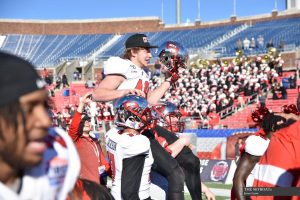 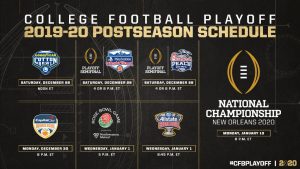 Football season is finally here as the 150 year of college football officially kicks off Saturday with Miami vs Florida in Orlando! Our writer Greg