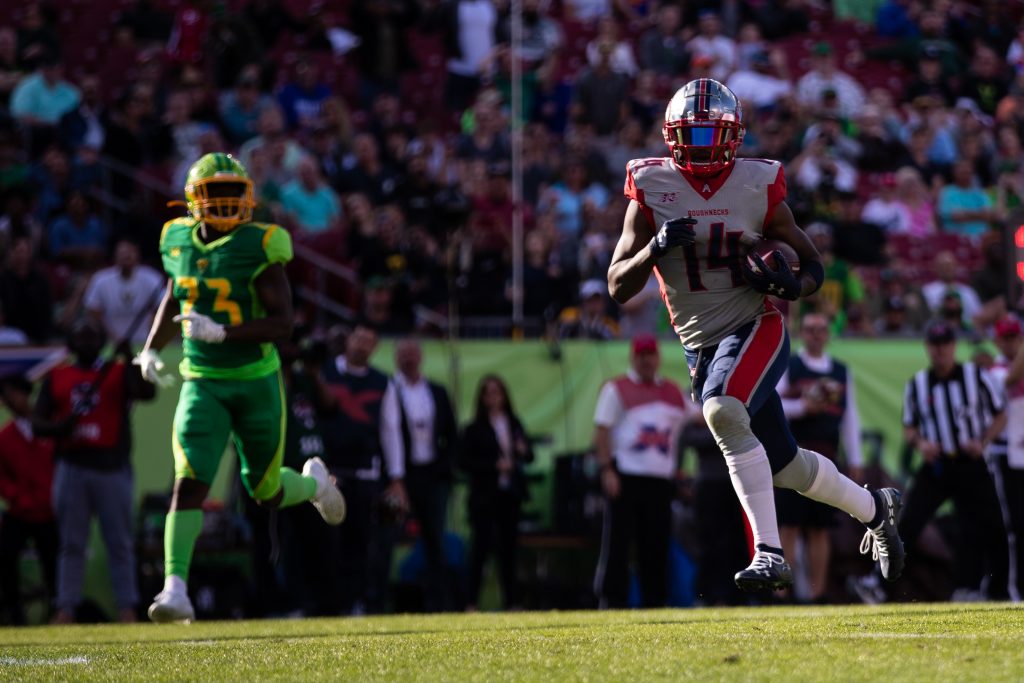 TAMPA BAY, Fla. – On a beautiful, sunny, cool day here in Tampa at Raymond James Stadium, the Tampa Bay Vipers faced off against the Houston Roughnecks in their home opener. The Roughnecks defeated the Vipers 34-27 in a close, hard-fought game that came down to the wire. The loss moves Houston to 3-0 on the season and Tampa falls to 0-3. Tampa head coach Marc Trestman spoke after the game about falling to 0-3 and playing at home.

“We got a sick locker room in there,” said a grim and disappointed Trestman. “A lotta guys worked their tails off today and I know we got better this week but it wasn’t good enough. We lost as a football team today.” Really excited about our fans. Thought our fans were awesome today, they were behind us, they were loud and they gave us an energy lift. It’s good to be home but at the end of the day, we got an unacceptable situation here being 0-3 but we got a bunch of guys in there that know that we’ve gotten closer over the last three weeks. We gotta be better and we gotta get through this thing and find ourselves a ‘W.’ We’ll go back to work and starting at the beginning of the week and work to get a ‘W’ next week.”

The entire game was and up and down affair for the Vipers. At times, they would be clicking and would flash both their offensive and defensive potential with big pass plays, exciting runs and big defensive stops. Then at other times, they would bea complete mess. They would be out of sync on offense with miscommunication between the quarterbacks and pass catchers, drops and penalties. On defense, they committed three huge pass interference penalties at critical points in the game, they’d miss tackles or be just a step behind or a couple of inches from making a big play.

In the first quarter, outside of the first drive when they scored on a 48-yard field goal from kicker Andrew Franks, the Vipers struggled offensively as they just didn’t seem in sync. Conversely, Houston looked very in sync and quickly jumped to a 9-3 lead after quarterback P.J. Walker avoided a sack and completed a pass deep down the field to wide receiver Cam Phillips, who was wide open. He sprinted down the field for an 85-yard touchdown and Houston would convert the three-point attempt on a pass from Walker to wide receiver Sam Mobley.

After continuing to struggle with quarterback Taylor Cornelius, Tampa put in former University of South Florida quarterback Quinton Flowers and he immediately lit a spark. His ability to extend plays and run the ball frustrated the Houston defense and allowed Tampa to show some life offensively. His presence also energized the home crowd as many of them had watched him play at USF and when he scored on a seven-yard run, the crowd probably cheered the loudest they had up until that point. That touchdown run tied the game up at 9-9.

Both teams traded touchdowns to go into halftime tied at 18.Tampa – impressively – with 56 seconds left in the half were able to go on a touchdown drive. They took Flowers out and put Cornelius back as he is a more accurate passer and the Vipers were able to drive 54-yards down the field in six plays and score. The drive was capped off by a 1-yard touchdown run from Cornelius and a successful two-point pass attempt from Cornelius to wide receiver Dan Williams.

In the second half however, Houston completed dominated the game and many of the miscues that had haunted Tampa in the first half happened much more frequently in the second half.Houston outscored Tampa 18-9 and the Vipers had absolutely no answer for the connection of Walker and Phillips. Walker finished the game completing 24-36 passes for 306 yards andthree touchdowns. He also had four carries for 34-yards and one touchdown. Phillips led all receivers with eight catches for 194 yards and three touchdowns.

Tampa did have two chances to tie the game up, or even win in it late though. With 3:50 left in the fourth quarter, Tampa turned the ball over on downs on the Houston 1-yard line after failing to score a touchdown on four attempts from the Houston 2-yard line. Cornelius was the quarterback that entire drive and many wondered why Flowers – with his running ability – wasn’t put into the game once they got down to the 2-yard line. After the game, Trestman stated that that was a fair question.

“I think it’s a valued question,” said Trestman. “It’s something that everybody is going to ask. We decided to stick with the plan and keep Taylor in there and certainly you know as we look back, that’s part of getting to work in through this process, we will look back. You have to stand behind what you call and the plays that you run and I’m sure that’ll be part of why in football, there’s a week in between each game. People have an opportunity to asses that situation.”

Tampa had one more chance as they got the ball back just after the two-minute warning but that drive was quickly over as Cornelius was intercepted by Houston linebacker DeMarquisGates. Once again, Tampa’s misuses came back to bite them as it appeared that Cornelius and his intended target, running back De’Veon Smith, were on two different pages. Cornelius thought Smith was going to cut and break out to the right, while Smith ended up sitting down in his route and not breaking out. That miscommunication, led to the easy interception.

Offensively, Tampa was led by Cornelius as he completed 16-31 passes for 193 yards, one touchdown and one interception. He also ran for a touchdown. Flowers completed 4-6 passes for 51 yards but also had six carries for 29 yards a touchdown. Tampa wide receiver Jalen Tolliver led the team in receiving with eight catches for 104 yards and a touchdown.

Given that the XFL season is only 10 games, Tampa is quickly running out of time to get their first victory in the young history of the team. They will get another chance next week as they face off against the D.C. Defenders on March 1st, at 7PM EST here at Raymond James Stadium.

CARSON, Calif. – Despite a slow start, several turnovers, and an injury-ridden game, the LA Wildcats pulled off a 41-34 victory over the Tampa Bay 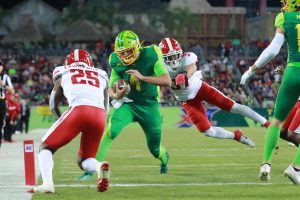 TAMPA BAY, Fla. – Headed into Sunday night’s game against the D.C. Defenders, the Tampa Bay Vipers had record of 0-3 and were in desperate 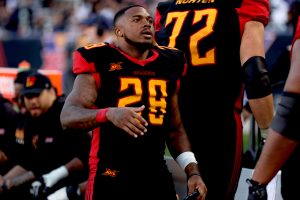 They call him “Mr. Excitement,” and after Sunday’s 39-9 blowout win against the DC Defenders, everybody can see why! LA Wildcats Running Back, No. 28,