In the last bowl game of the year, it was only right that the game went tooth and nail until the scoreboard struck zero. The 87th rendition of the Capital One Orange Bowl featured the dynamic offenses of No. 5 Texas A&M against No.13 UNC. The 8-1 SEC powerhouse was just short of making the playoffs but instead had to settle for a final dance in Miami at Hard Rock Stadium. The Aggies took their opportunity and finished off the season with eight straight wins after beating the UNC Tar Heels 41-27.

The Aggies unleashed their offense in the fourth quarter, coming back from a 27-20 deficit with three touchdowns to close the game. UNC head coach Mack Brown attributed the fourth quarter defeat to conditioning.

“Isaiah, you know, at practice he be teaching me a lot because he’s been here a year.’ Achane elaborated. As a freshman I needed to come in — he treated me like I was a little brother to him. He was happier than me than I was supposed to be happy. He’s the one — every time I score, he’s the first one coming up to me to congratulate me everything.”

The explosive running back duo of Achane and Spiller, combined for a total of 190 yards and 4 touchdowns.

There’s no denying that UNC gave the Aggies a run for their money. The Tar Heels were missing three of their top offensive weapons in Michael Carter, Javonte Williams, and Dyami Brown following pre-bowl opt-outs. In the absence of these star-studded players, UNC quarterback Sam Howell accepted the challenge. Coach Brown had high praises for the sophomore.

“Sam is the reason we were in the game. He hit three touchdowns, and he avoided some sacks a couple of times to get outside the pocket, and the one he hit to Josh Downs down the field was a great picture of what next year could look like. And I thought Dazz Newsome competed his rear end off for a senior that could have not played, could have worried about getting hurt, he came and he competed really, really hard all night, and I’m really proud of him.”

Howell threw for 234 yards and three touchdowns. The three touchdowns by the UNC quarterback marked a touchdown pass in all 25 games, making it the longest active streak in the country. Howell’s main targets were Josh Downs with 91 yards and two touchdowns, and Dazz Newsome with 68 yards and one touchdown.

Despite UNC’s valiant efforts, the defensive front led by senior Buddy Johnson and sophomore DeMarvin Leal was relentless. Johnson added to his highlight reel by adding eight solo tackles and one sack.

“If you just look back where we started and where we came from, we got Coach Fisher in and changed the program around. For us seniors to be able to contribute and be part of the reason why this program has been changed around is huge for him.”

The Aggies’ 9-1 record makes this Jimbo Fisher’s best season during his two-year stint at Texas A&M. If you ask coach, he will say he manifested this year’s success.

“If you can’t see it, it’s not going to happen. I knew there was a lot of work. I’m not saying I knew it was going to happen, but I could see it there. The potential was there. Listen, you live in vision or you live in circumstance. We try to live in vision and if you can’t see things in the future and put yourself there and know what it takes to get there and understand the kind of talent you have to have, which I think we do, you’re never going to get there, and we kept painting that picture and our kids believed it and they saw it and they went and did it.”

The Texas A&M Aggies have made it clear that they believe they are a playoff-worthy team and intend on using this momentum to set the tone for the 2021-22 season. Although it is yet to be determined if this is the case, the Aggies will definitely find themselves on FBS’s top-10 watch-list next season. 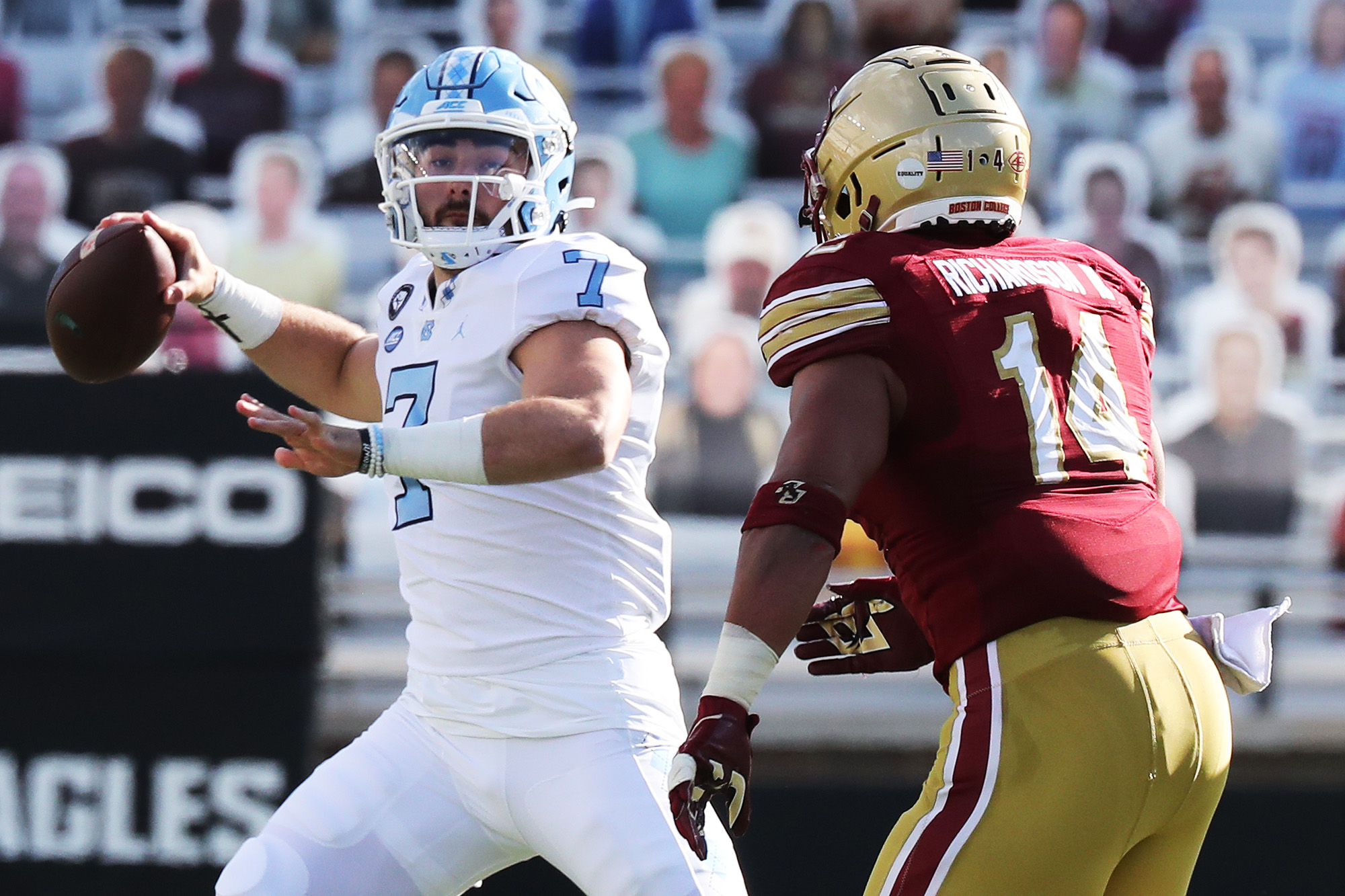 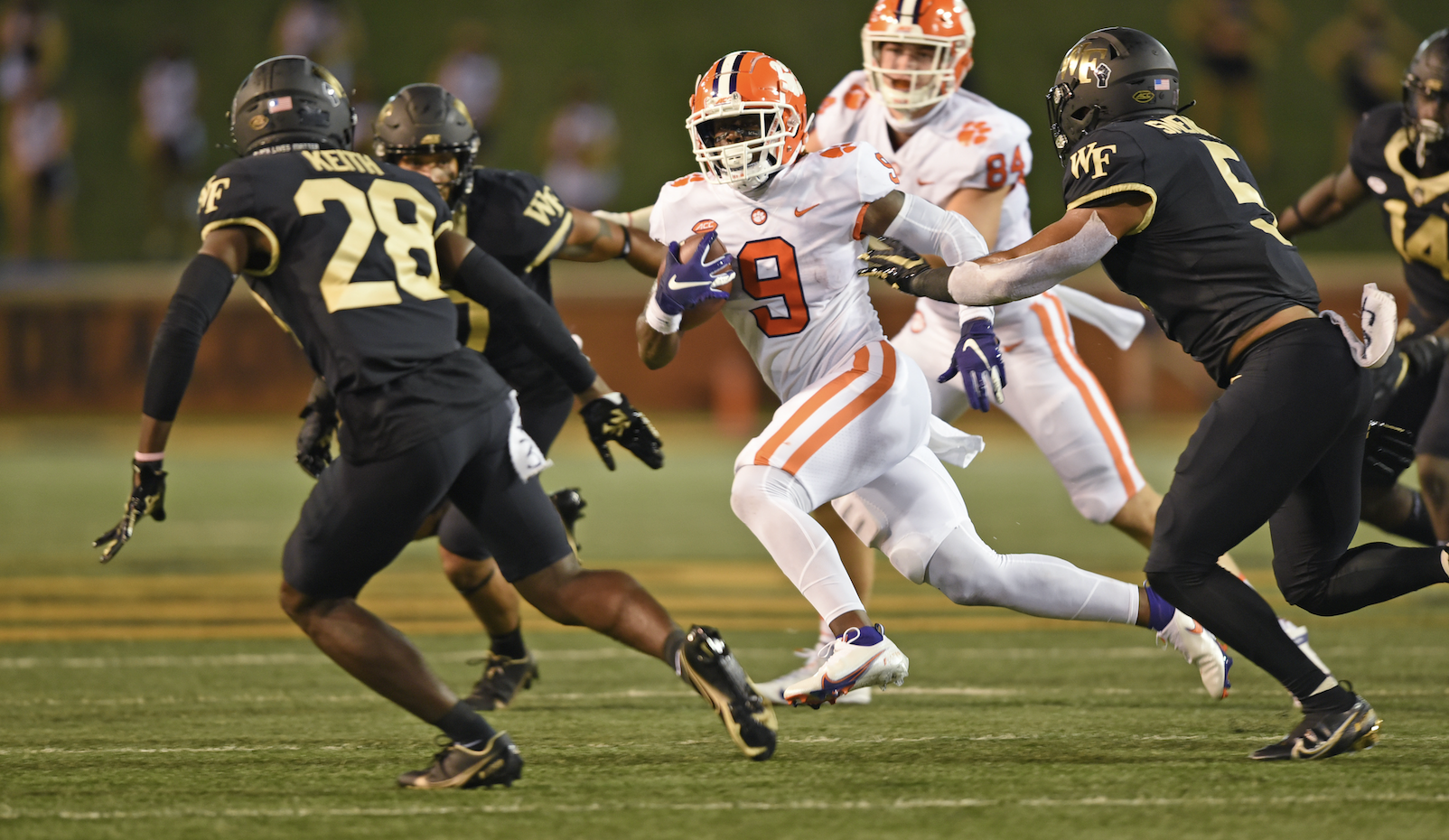 The week two AP Top 25 College Football Poll was released Sunday afternoon with much of the same near the top, and a fluid list 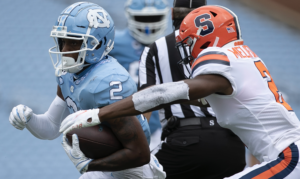 UNC Has Their Way With Syracuse In Season Opener

With the current COVID-19 restrictions and fans unable to be in attendance at any University of North Carolina (UNC) athletic events, it was hard to